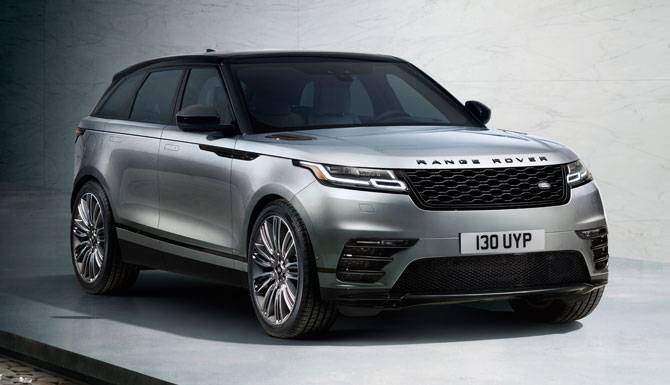 Just under a week ago, following the release of new Range Rover Velar earlier in the year, Jaguar Land Rover released the details of its exciting new 2018 Range Rover and Range Rover Sport models. Packed full of new features, improved comfort and an updated design, Range Rover fans the world over are sure to be impressed. Keeping the much-loved signature style, Land Rover have declared ‘we haven’t set up to reimagine Range Rover, we’ve simply made it better’ and that is definitely true. Comparing the upcoming models to Range Rovers of the past, you can see how the prestigious element of the model has increased, the new cars are phenomenal. The New Range Rover has been made more versatile, it features three rear passenger seats with the middle one folding away to become a centre console, and transforming into an executive style four seater. The new LED headlights can be configured for maximum performance under any conditions and with the push of a button you can even see up to 550m ahead of you without blinding any oncoming traffic. Flashy new gadgets are included, you can connect to the New Range Rover via your phone to lock and unlock the doors or set the temperature, ready for you to get into a warm seat on a frosty morning. Even more luxurious is the option of a hot stone massage, right from your plush leather seat. Starting at £79,595 this car is at the top end of Land Rover models in price, and definitely one of the most luxurious of the Range Rover fleet. There’s also a waterproof activity wristband, which will lock and unlock the doors without the need for a key, perfect if you’re stopping at the gym and it’s not practical to carry a key. The interior has been kept modern with ample plug sockets and USB slots, its own wifi hotspot, two ten-inch infotainment touch screens and another two screens in the back, ready to keep passengers connected on a long drive. However, Land Rover’s British craftmanship still shines through with elegant wooden accents and luxury seating. The New Range Rover is also available as a powerful plug-in hybrid electric vehicle, the P400e. The foundations remain the same with Land Rover claiming that sustainability is something that will always be at the forefront of their designs from now on. Land Rover also released the new, smaller Range Rover Sport, taking on a more muscular form of the flagship design for an intimidating beast of a car. Starting at £61,315 the Sport also sits at the top end of Land Rover’s range. Every internal element has been thoughtfully designed and modernised to match the new Range Rover, with ample storage and optional mini fridge for added luxury. The same can be said for the exterior, the new LED lights are animated, the grille’s been updated and even the exhaust sits flush in the rear bumper for a sleek, sporty look. Again, this model also has the PHEV option, a sustainable but powerful way for drive. The new Range Rover Sport SVR is the fastest Range the company have ever made, and already, within a week of being released, has had mixed reviews from car fanatics. What’s got everyone talking about this model? There’s no two ways about it, it’s the Carbon Fibre bonnet. At £99,980, this is at the very top of Range Rover’s scale but fans are arguing that the bonnet perhaps cheapens the car, looking like a common add-on rather than a luxurious SUV. The car does an impressive 176mph and has 575 horsepower for a confident and rapid drive. The 2018 models also feature a genius gesture-activated sunblind, the driver simply waves his or her arm and the blind will open or shut. Once you’ve left the car, the blind automatically shuts again, opening once you return for a stable temperature. This level of tech is sure to become the foundation of what’s to come, not just for the Range Rover, but prestigious cars worldwide. 2017 has been an exciting year for Land Rover, probably the most popular and well-established manufacturers of 4x4s that there is. Along with the release of the Range Rover Velar a couple of months ago, Jaguar Land Rover have given us a lot to consider and desire over the coming year.