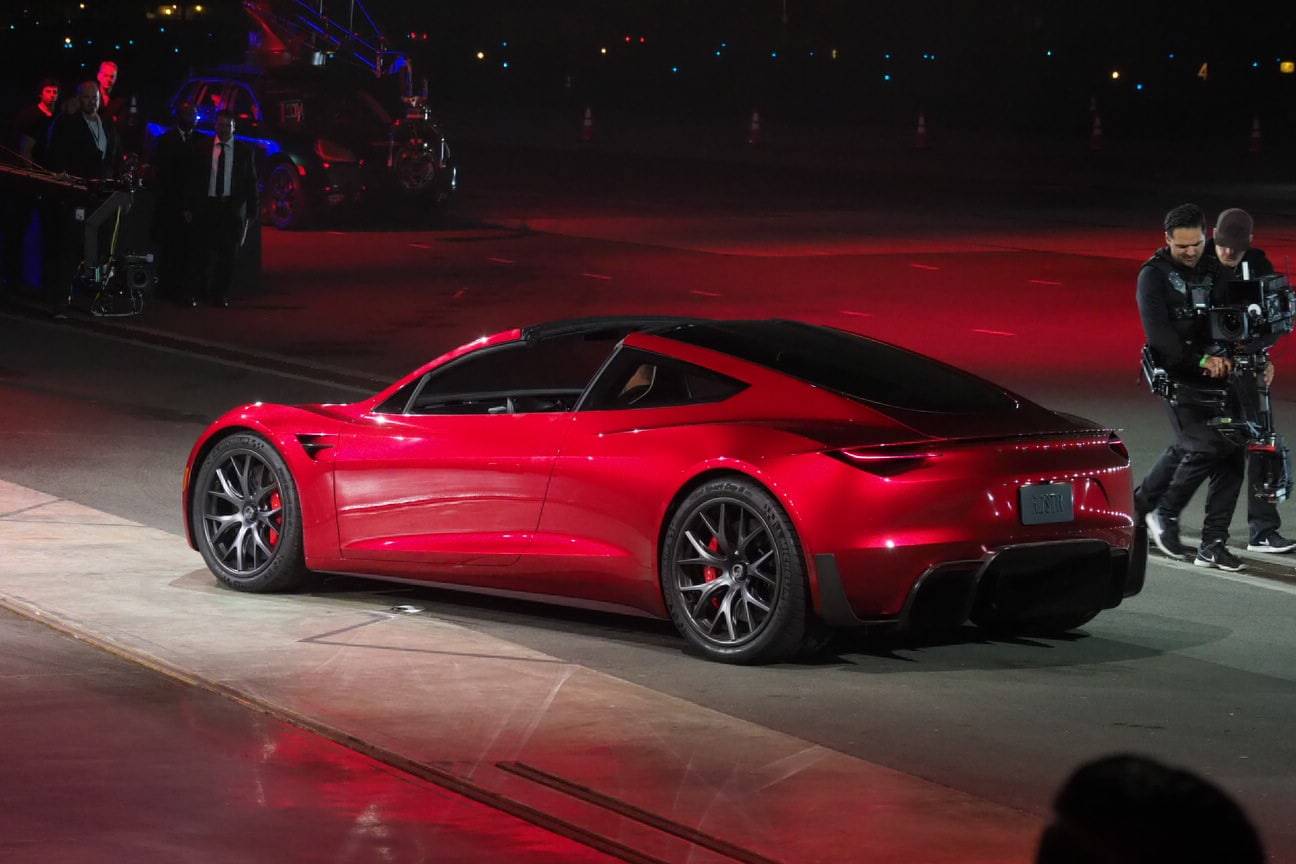 There are so many reasons supercar hire is so popular, for example, the cars are beautifully luxurious, often rare and above all, fast. And now it’s official, Bugatti have just lost their title for producing the fastest road legal car in the world. With a new car that’s so quick we didn’t even see it coming, Tesla have just revealed the new second generation Roadster, an electric supercar which has an almighty top speed of over 250mph and an acceleration rate which puts the Bugatti Chiron to shame. It’s going into production to be released in 2020, and of course, we’ve already lined up to get the supercar for hire on the very day it launches. The reveal came as a surprise not just to the crowd, who had just been shown the new Tesla Semi electric lorry, but also to the rest of the car world. In a jaw-dropping moment at the launch event on Thursday, just when the crowd thought the show was over, the Tesla Semi cargo truck unexpectedly opened and out drove the car which has smashed the world record, and not in a subtle way. The gas-fuelled Bugatti Chiron does 0-60mph in 2.4 seconds whereas the new Tesla Roadster can get there in an eyewatering 1.9 seconds, with plans to make the production car even faster than the prototype. The current acceleration rate is even faster than some Formula 1 cars. Once released, we’ll have both of these supercars for hire, so you can put them to the test yourself. Tesla’s main aim was to demonstrate that electric cars are the way forward, smashing the gasoline-fuelled record. The Roadster isn’t the first electric or hybrid supercar by any means, many luxury marques have tried to test the limits of powering by electricity. However, CEO Elon Musk, claimed it wasn’t about just making the best electric supercars in the world, it was about making the best supercars in the world, full stop. With the new Roadster, Tesla have definitely succeeded in proving just what all electric cars are capable of. Not only is the electric supercar making news because of its speeds, it also has an impressive running time, allowing for 630 miles in between charges. This is incredibly impressive for a supercar which also has four seats, combining luxury, performance and practicality all in one. By using electricity alone, the motors can deliver instant torque to each wheel, something which a fuel-powered car never could, resulting in the mind-blowing acceleration time. At one point, the Audi R8 e-tron was considered impressive, a fully electric car which can reach 0-60 mph in 3.9 seconds and has a full charge running time of only 280 miles. This is because, at full speed, the battery traditionally drains quickly on electric cars. Tesla, the giants of the electric car world, however, have now proven that doesn’t have to be the case in what’s set to be one of the most exciting cars of 2020 so far. The Tesla Roadster will be the marque’s most expensive model to date with prices of the base model starting at around £150k, although in the world of supercars this is surprisingly good value for money, especially when compared to Bugatti’s asking price of just under £2 million for the Chiron. Its performance levels are difficult to compete against and on top of that, the car is visually stunning. The shape is classic of a sportscar and recognisably Tesla, with smooth curves, mid-engine and understated finish but the Roadster also features an all-glass roof which folds away for a convertible driving experience. Whether you’re thinking of buying one or would simply love to say you’ve had a go, check out the Tesla Roadster supercar for hire on our site to get information on how you can be one of the first people to experience the new hyper car as soon as it’s released. And if you can’t wait until 2020 to experience the car with the fastest acceleration level in the world, we currently have some of the fastest, rarest and most luxurious supercars on the planet to hire.  With advances in technology and engineering all the time, who knows what the electric car will have in store for us next, but we’re excited to find out!