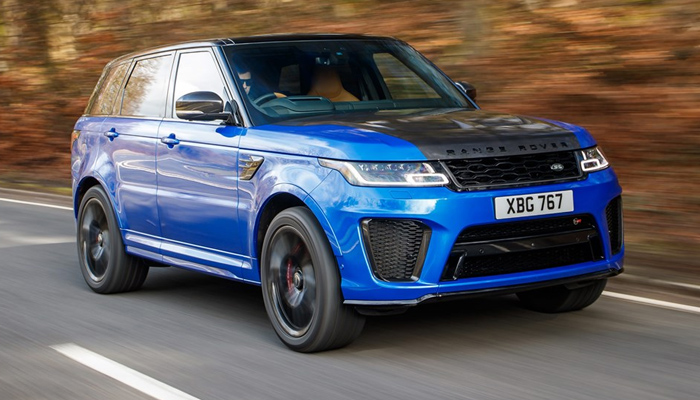 Starr Luxury Cars is proud to be able to offer the largest fleet of exclusive luxury  4×4 self drive and chauffeured Range Rover SUV vehicles within the UK and Europe.

Range Rover are unquestionably at the forefront of the market when it comes to luxury 4×4 vehicles and make for a fantastic option for a hire / rental for many occasions.

Whether you are looking for a comfortable weekend away drive with the family. Or, looking to transport the bride and groom to the wedding location in style? Range Rover should really be at the top of your list as they cater perfectly for these memorable occasions that also require an additional stylish impact to the proceedings as well…

Range Rover are the true definition of a comfortable and technologically advanced luxury hire car vehicle,  that is also incredibly powerful as well underneath the bonnet.

Not only do we have the largest fleet of 4×4 Range Rover hire vehicles in pristine condition ready and waiting for your booking, we also have each of our vehicles available in a variety of colours to suit your preference as well.

For more information about any of our rental Range Rovers, simply click on your car of choice below to be taken to their own profile page with all of their detailed specifications and further information about our pricing.

If you prefer to discuss your requirements over the phone, then please do give us a call directly on 02036001631 and we will be very happy to organise your Range Rover UK rental today!

We highly recommend Starr Luxury Cars for your luxury hire car needs. We use the Audis for our overseas clients when they visit and the service and support is exceptional.  The Audi fleet is the largest in the UK and Starr Luxury Cars alaways has a car on stand-by to ensure our clients have the car, even if it is a last minute request.
James TellerMahiko Nightclub

Land Rover is a luxury 4×4 car brand who specialise in luxury off road vehicle.  Land Rover is owned by the infamous Jaguar British multinational car manufacturer since 2008.

It is fair to say that Land Rover is an iconic British institution and was granted a special royal warrant from the King George in 1951.

Originally, Land Rover was part of the Rover company which was launched in 1948. Since then, Land Rover has developed and grown to encompass a wide range of 4×4 car models to the most recent Range Rover Evoque.

Land Rover’s assembly headquarters as based in the UK and has two seperate plants for production in Halewood and Solihull. All of the R and D of Land Rover vehicles takes place at both Gaydon and Whitley engineering centres which are again based in the UK.

In 2009 alone, Land Rover sold over 193,000 cars across the globe and as recently as 2013, Land Rover annouced exciting plans to invest £100 million into another R and D facility at the University of Warwick. This was with the intention of developing the company further and create the next generation of Land Rover vehicles.

Range Rover has now become the vehicle of choice for luxury inner city dwellers as well, this is due to the comfort and smooth ride that only a Land Rover hire can provide..

Call us today on 02036001631 and discuss your requirements with the team who will be happy to assist with any special requests that you require for your Range Rover hire experience.