Hire a Luxury Car from Starr Luxury Cars and get our first class service with delivery right to the terminal.

Flying private? We’ll even meet you on the tarmac so you’re able to leave as efficiently as possible. 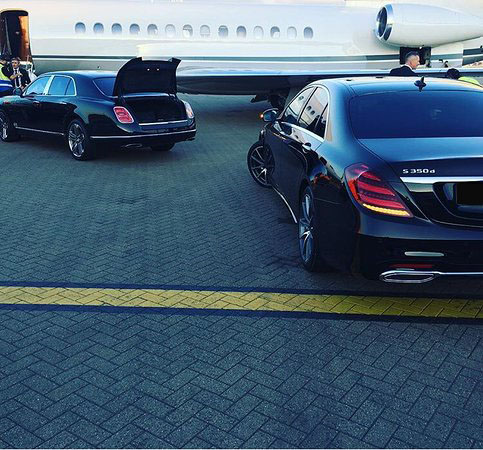 We know that the last thing you want to do after a lengthy flight is the have the hassle of picking up a rental car so we come to you and within 30 minutes, you’re able to leave and begin your journey in a Starr Luxury Car.

As with all of our services, you should expect nothing but the best. We provide our bespoke Meet & Greet service to all of our Heathrow Airport customers.

When you book your luxury car to be delivered to London Heathrow Airport, one of our professional drivers will bring your luxury hire car direct to your arrival terminal, as well as help with your luggage, provide a full vehicle handover and help with any questions you may have.

We provide a 24 hours delivery and collection service at Heathrow Airport on all of our Luxury Cars. Unlike others, we understand that flights don’t always happen between 9am and 5pm so we are more than happy to deliver a car at 5am if that is the time needed.

Heathrow Airport is the largest and busiest in the UK and second busiest airport in Europe.

In 2019, the airport had over 80m passengers go through its doors and 475,000 different aircraft movements.

Heathrow Airport is situated just 14 miles from Central London and the average travel time is 40 minutes.

Heathrow Airport is used by over 80 airlines flying to 185 destinations in 84 countries. The airport is the primary hub of British Airways and is a base for Virgin Atlantic. It has four passenger terminals and a cargo terminal.

Our entire fleet of self drive and chauffeur hire vehicles are available for this service so please let us know your requirements and we’d be more than happy to assist.

If you’re looking for something special while you’re here for a few days, our enticing Lamborghini and Ferrari fleet are sure to put a smile on your face!

In need of something more practical and luxurious? Our Range Rover fleet are not only affordable but are one of our most popular luxury hire cars.