McLaren Elva: The New £1.45million Supercar Whose Windscreen is an Optional Extra 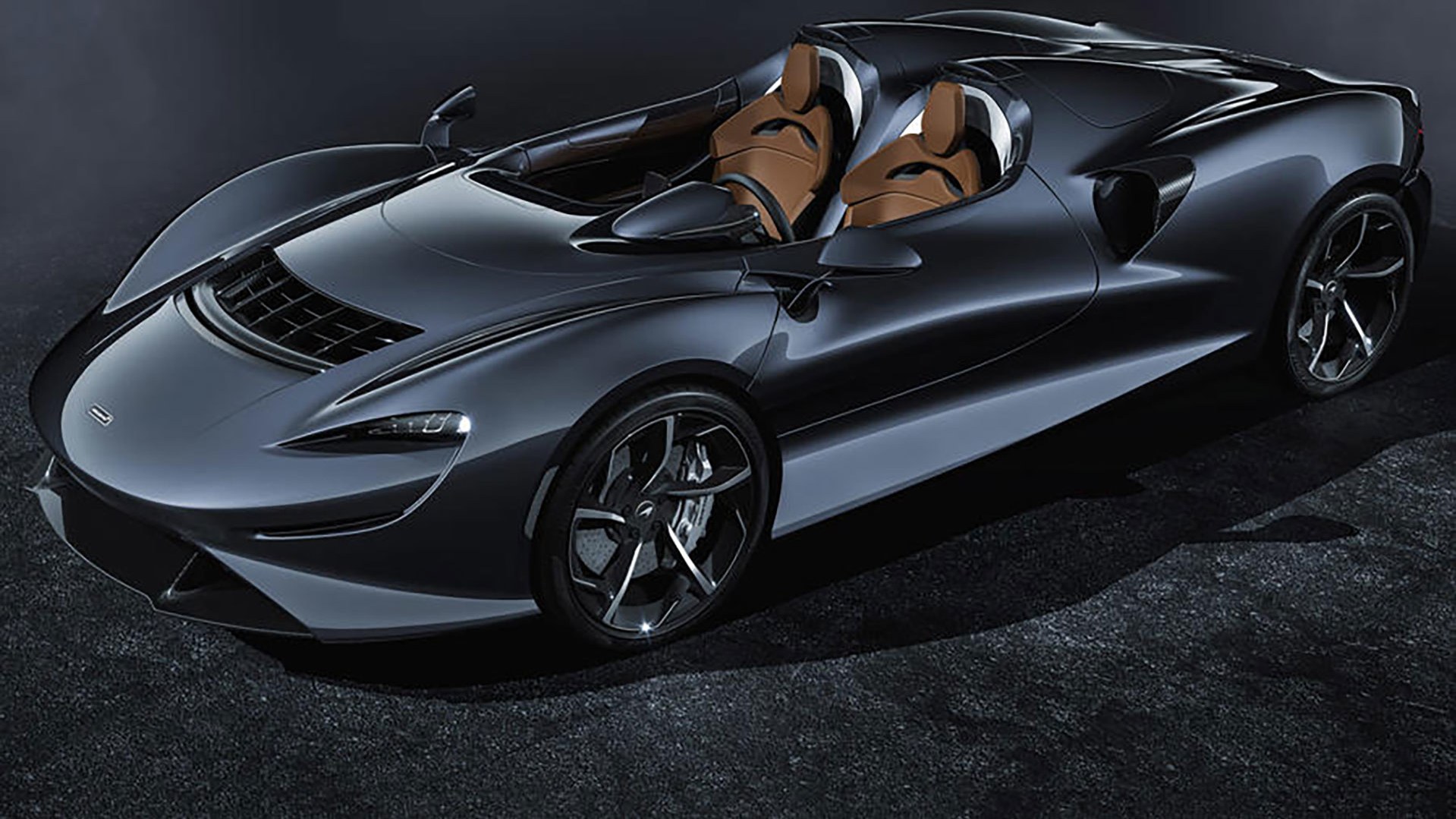 19 Nov McLaren Elva: The New £1.45million Supercar Whose Windscreen is an Optional Extra

Posted at 14:26h in Uncategorized by Starr Cars

The latest addition to McLaren’s Ultimate Series is finally here; the new McLaren Elva, a £1.45 million hypercar with no roof or windscreen. The new Elva joins McLaren’s P1, Senna and Speedtail as one of the highest performing, most expensive luxury cars the marque has ever built. The latest hypercar pays homage to the McLaren-Elva race car of the 1960s, a roofless Formula 1 car which went on to break several lap times and records. Of course, speed was one of the most important factors in the original build, a priority which McLaren have focussed on here in their newest creation, removing as many elements of a traditional car as possible, resulting in the lightest McLaren ever built.

The £1.45 million open top two-seater Roadster will be limited to 399 models, the first of which is expected to be delivered towards the end of 2020. Just like its 1960s inspiration, it’s a mid-engined supercar with the engine fitted just behind the seats.

McLaren’s aim was to blur the boundaries between the exterior and interior design, made possible by stripping the interior of anything deemed unessential and creating the body with a minimal number of panels. Each of the internal luxuries can be added back in as extra, making the Elva available to drivers who favour comfort over speed. The front is a seamless one-piece panel whilst the entire body is covered in beautiful contours, creating a fluid design and optimising aerodynamics. The chassis, body and seats have all been made of carbon fibre resulting in a cohesive overall look which is incredibly lightweight.

Of course, the new McLaren Elva features signature dihedral doors; an aesthetic element which was favoured over weight. Inside, drivers can expect to enjoy an improved infotainment system with new interface as well as rear-view cameras to help with driving. The carbon fibre has been paired with high quality materials throughout the interior to enhance comfort and create a welcoming space for both driver and passenger, even in the most extreme environments.

Why does the McLaren Elva Not Have a Windshield? 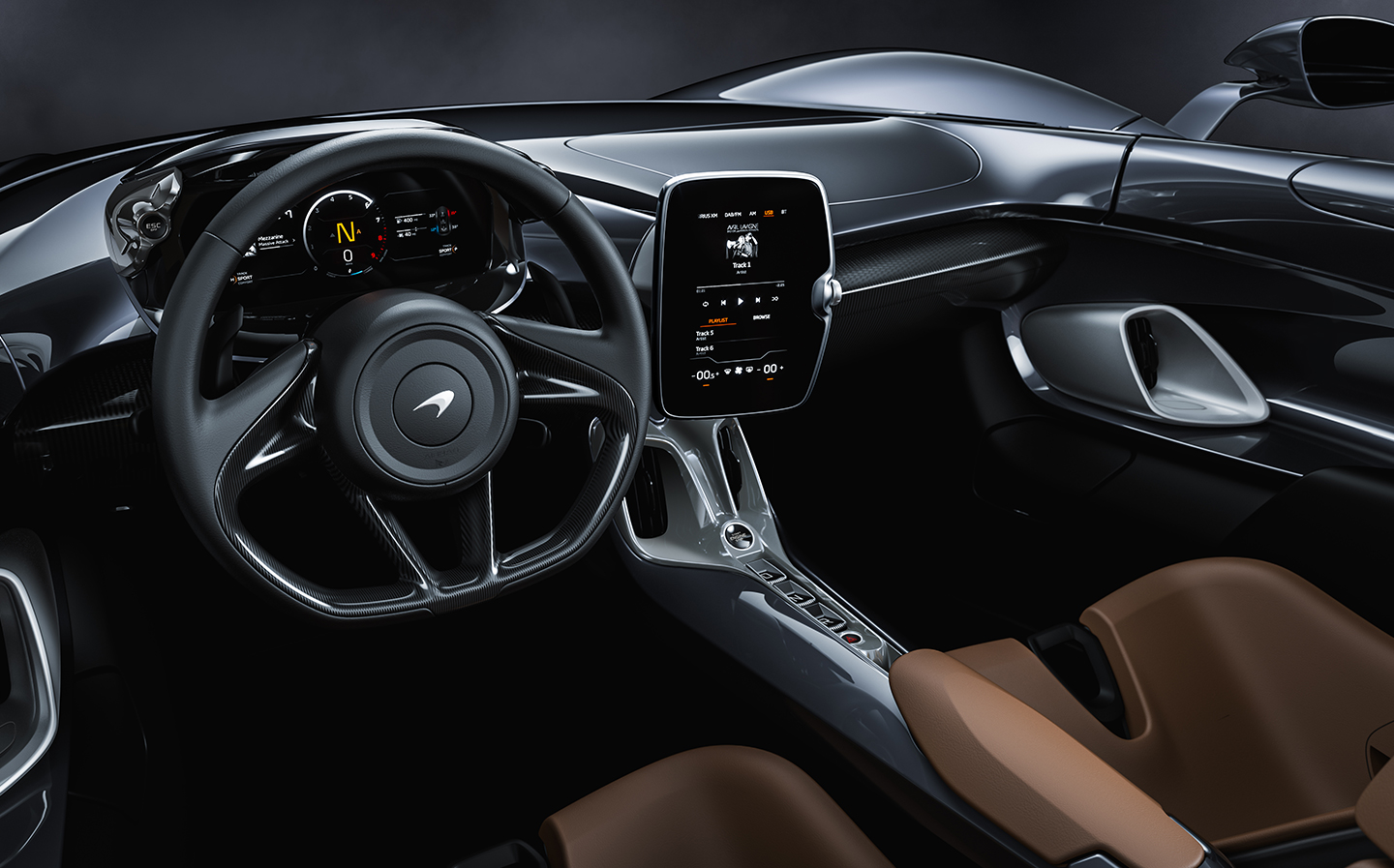 Quite frankly, it doesn’t need one. For McLaren, the windshield would have just meant more unnecessary weight. Instead, they have developed an innovative Air Management System which automatically deploys when the car travels over 25mph. Oncoming air travels into a duct on the front panel and is pushed up through a vent in front of the occupants, travelling up and over to create what McLaren call a ‘bubble of calm’. And amazingly, this makes it feel like you’re travelling in a supercar with a windscreen.

If you’re traveling at less than 25mph, the cleverly designed McLaren Elva will instead direct the air into its radiators, which helps to cool the oil for optimum efficiency. The lack of windscreen, roof and windows is also meant to make you feel at one with the car, offering one of the most unique driving experiences in the world and always ensuring the best view on the road. There is never any glass between you and your surroundings for the purest possible drive, with a rich engine sound. Alternatively, if you’re still eager for the windshield, you can select one as an extra but expect to add a few thousand on top of the £1.45 million asking price. 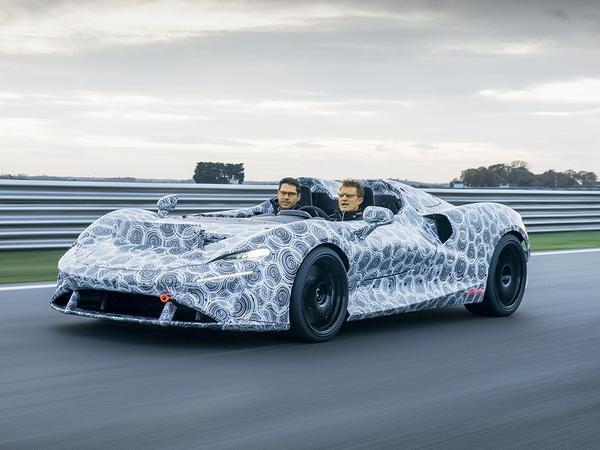 With no windows, windscreen or roof we expect the McLaren Elva to be ear-splittingly fast and we’re not disappointed. Featuring a 4.0 litre turbocharged V8 engine, the new hypercar can go from 0-60mph in under three seconds. More impressively, it can also reach 0-124mph in 6.7 seconds, which is even faster than the track-focussed Senna, for an exhilarating drive on the road.

But don’t let the unique design and high speeds make you think that the McLaren Elva must be unsafe. Although helmets are available, innovative engineering and design mean that the McLaren has sensitive rollover protection which is automatically deployed if the car senses it’s about to roll, keeping occupants safe.

The 2020 McLaren Elva is one of the most exciting new designs we’ve seen in a long time, both pushing the boundaries of technology and taking our expectations luxury cars and completely flipping them on their head. McLaren says that the Elva has set their design language of the future and with that in mind, we can’t wait to see what else the supercar maker comes up with next.