70 Years of Ferrari: How a Brand Turned into a Legacy 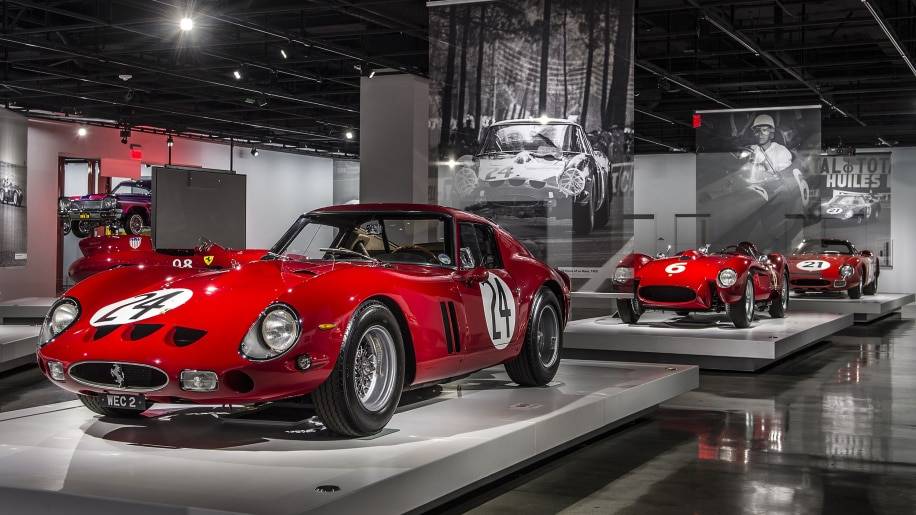 2017 marks a very special birthday for Ferrari, it has been 70 years since the world-famous emblem was first displayed on the Ferrari 125 S, a purpose-built race car with a V12 engine, designed by Gioacchino Colombo. Between then and now, Ferrari has developed into a renowned luxury brand, producing some of the most expensive, powerful and beautiful supercars in the world. Along with a whole host of celebrations to mark the occasion worldwide, Ferrari have gone one step further with an exhibition entitled Ferrari: Under the Skin. It aims to showcase the intricate design, ground-breaking engineering and sheer levels of perfection that go into every new model and can be seen at the Design Museum in Kensington. For car fanatics, this is not one to be missed. Some of the most beautiful and rare classic cars sit in one room, along with original design sketches, model parts and shells displaying the actual design process and its development from 1947 to today. For modern cars, the designs are completed digitally but every original design has been kept and stored, along with a full record of every single customer for a comprehensive history. Wooden panels and wire bodies line one side of the room, showing the next step of the innovative process. Along with viewing the actual 3D body shape for the first time, these were originally built so that engineering specialists could be certain all parts and mechanisms would fit inside without complication. Now, Ferrari uses clay to build its original design prototype before it is manufactured. In the centre of the room sits the centrepiece, the clay model for the Ferrari J50, built in 2015 and limited to only ten pieces. Sculpted by hand and laid on the wire frames, every single modern Ferrari has been built in clay before being signed off for production. Originally, most of Ferrari’s cars were built by hand, both thanks to a lack of technology but also the constant desire for perfection. Today, Ferrari use advanced robot technology to help with some of the building, but the robots also allow the car to be moved into any position whilst off the ground, allowing expert workers to carry on the tradition of a hand-crafted finish. The chassis of the Ferrari 458 Spider is showcased here, built from aluminium alloys for a lightweight but durable result. As the 458 Spider is convertible and losing the roof would normally have a negative impact, advanced techniques and maximum attention is paid to every part of the build here to ensure maximum speed and performance capabilities. Onto aesthetics, and some of the most beautiful luxury cars ever made sit here. From the 1950 Ferrari 166 MM to the 1987 Ferrari F40, each is a work of art. Members of the public have the chance to sample the quality and comfort of Ferrari’s finest upholstery by sitting in two examples of driver’s seats before seeing some of the many customisation options for both the exterior and interior. Originally a racing driver, it would not be fair to mark a 70th anniversary without touching on the role of both Ferrari in Formula 1 and the impact the sport has had on the prestigious road cars the company builds. A brand that has turned into a legacy, Ferrari: Under the Skin does an amazing job as displaying the life of Enzo Ferrari and the design journey which has led up to appreciate the stunning cars we see today. From vintage displays to present day and beyond, the last car to be featured is the new Ferrari LaFerrari Aperta, built especially to commemorate the anniversary. The special edition LaFerrari is a hybrid supercar with a V12 engine and electric motor, capable of top speeds of over 217mph and accelerating from 0-60mph in just 2.4 seconds. The 2017 Aperta is the spider version of the LaFerrari, and to retain exclusivity, is being limited to just 209 models. All of these have been pre-ordered and sold already but if you’d like to hire the limited edition Ferrari LaFerrari Aperta, the Ferrari 458 Spider or any other rare supercar, please contact our expert team who will go above and beyond to meet your requirements.