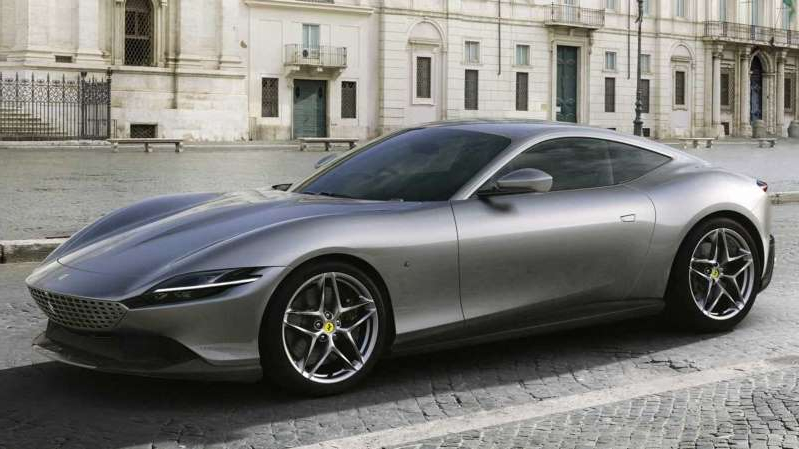 Posted at 14:14h in Uncategorized by Starr Cars

Last Thursday Ferrari debuted their fifth new release of 2019 alone and the latest supercar in their impressive line-up, the new Ferrari Roma. Following years of designing insanely fast sportscars with forms predominantly determined by speed, the new grand tourer sees them strip back and put simple, elegant good looks first. As a Ferrari, of course it is still fast, but it’s not been dominated by technologies and elements which are only featured to try and push the boundaries of speed. Because of this, it has actually become one of the most beautiful sportscars revealed by the marque in years and sets out to please drivers who seek an elegant, classy sportscar without the need for an intimidating road presence.

Revealed in Rome, the new Roma is said to have been influenced by 1950s and 60s Rome, aiming to create a simple, pleasurable journey. Ferrari haven’t revealed the final starting price yet but car experts are estimating the new Roma will set you back around £175,000 as standard, setting it just above the Portofino in the elite marque’s grand tourer line-up. 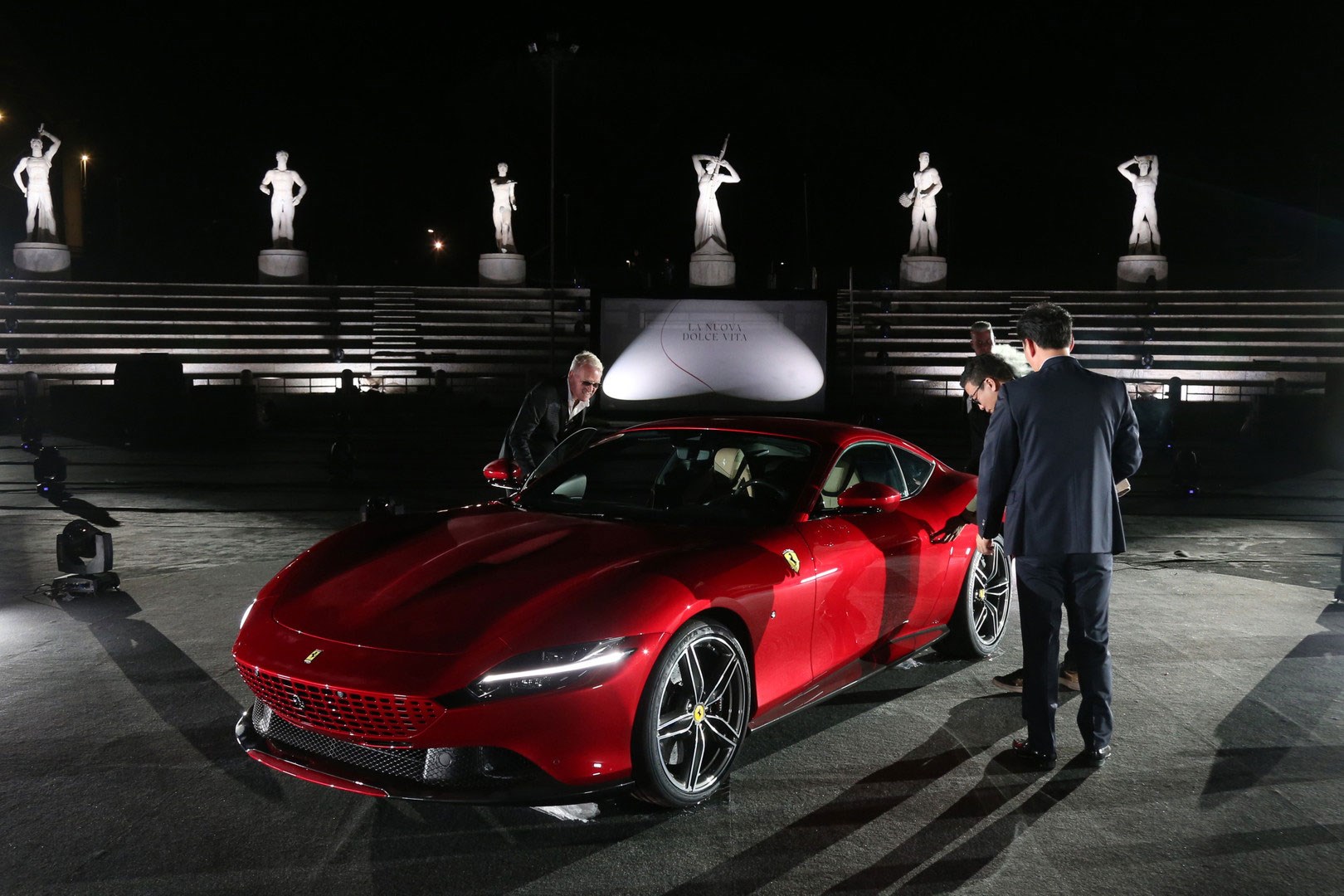 The classic and clean design sees the new Ferrari Roma become a future rival of Aston Martin and Porsche. Instead of exaggerated air ducts like other releases, it features delicate front wings, a perforated grille and a rounded rear end. The toned-down elements still perfectly translate from Ferrari’s design language but in a more tasteful, everyday manner. The exterior features still help with overall aerodynamics and the rear also includes a subtle hidden spoiler, which can be set in three different positions to optimise performance. Modern twin taillights have also been included to finalise the tasteful look.

Over 70% of the Ferrari Roma’s exterior design is brand new, utilising modern technology to reduce the overall weight of the car without sacrificing luxury or performance. It also helps to improve dynamics and handling, creating one of the most enjoyable cars to drive today. 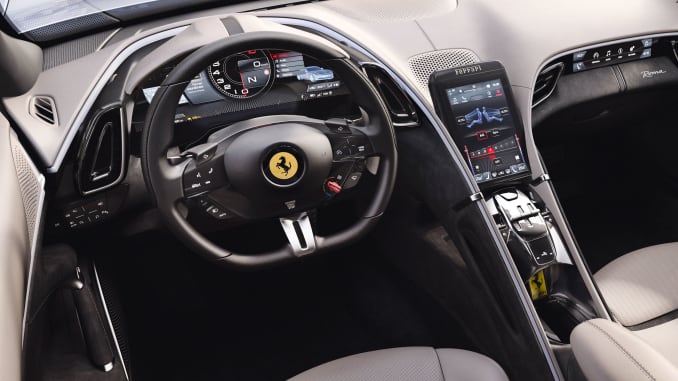 Whilst some of the external elements have been compared to other Ferrari models, most notably the Portofino, the interior is completely new, having been designed exclusively for the Roma. The unique new design features a raised centre console with user friendly 8.4 inch screen, which creates two separate areas in the cockpit, one of the driver and one for the front passenger. Whilst most supercars focus on the direct environment of the driver, the design of the Roma’s cockpit is symmetrical on both sides, helping the passenger to feel more involved in the driving experience. The driver can benefit from a large new digital instrument display, possibly one of the largest to feature in a luxury car, whilst the passenger can also view the driving statistics from a new smaller electronic display.

Much of the interior has been built from carbon fibre and also features fine stitched leathers, available in a range of beautiful complimenting colours. Whilst this creates a comfortable and inviting cockpit, the new Ferrari Roma also includes two smaller rear seats. However, as a particularly small area, Ferrari have chosen to call this model a +2 coupé rather than a 2+2, perhaps best suited to seat children or young adults. The interior is filled with LCD screens which can be found in both the front and rear of the car for an ultra-modern luxury grand tourer.

The Latest Ferrari: Specs and Speed 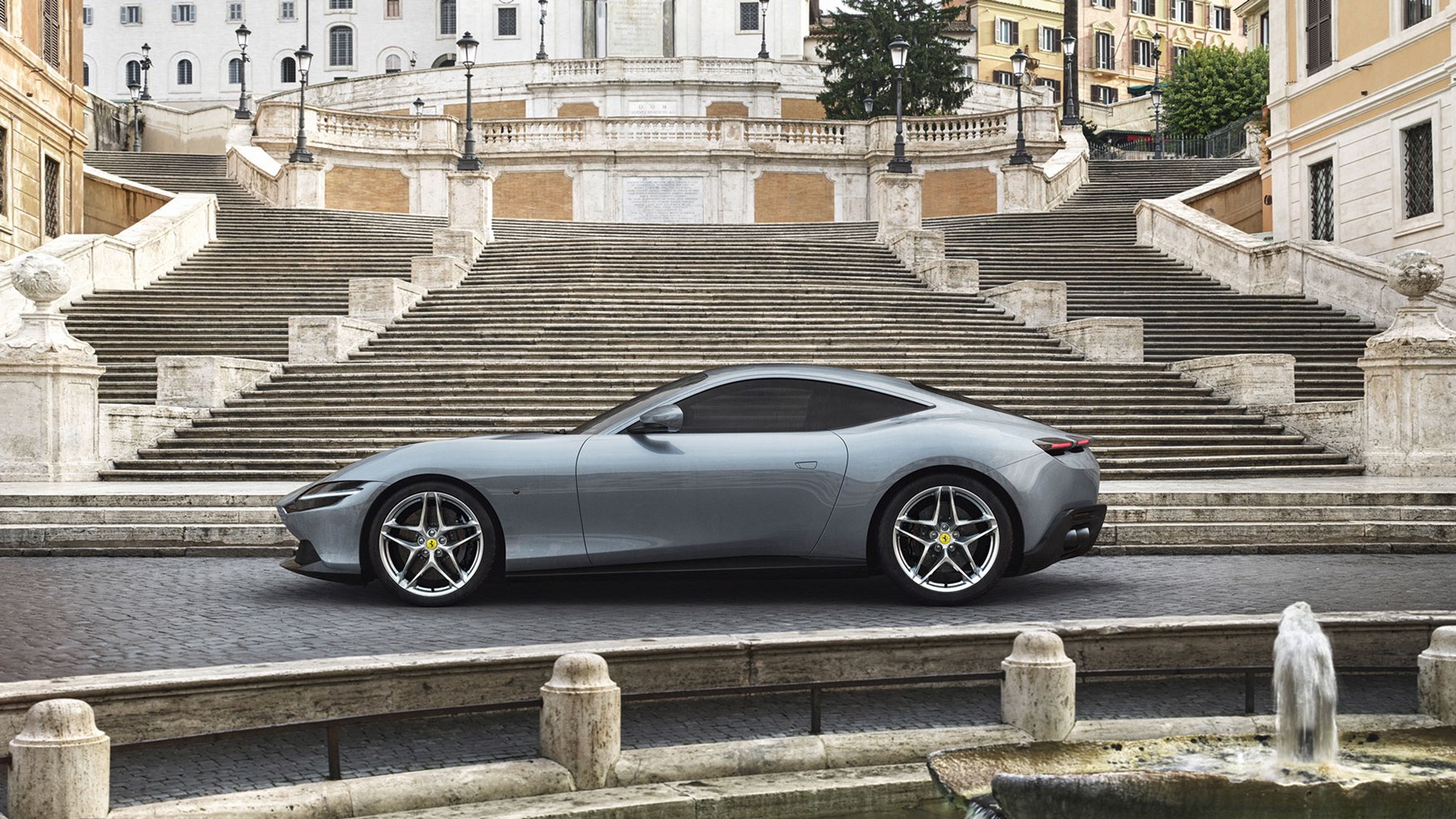 The Ferrari Roma is powered by the award-winning 3.9 litre twin turbo charged V8 engine we’ve seen in many previous Ferrari sportscars. Having won the International Engine of the Year award four years in a row, we can expect exceptional performance from the latest Ferrari grand tourer. It is paired with the new 8-speed DCT gearbox, a combination which is capable of accelerating from 0-60mph in just 3.4 seconds and can go from 0-124mph in as little as 9.3 seconds. Although some elements have been compared to the Ferrari Portofino, the new Roma is both lighter and has slightly more horsepower for an improved performance. It can reach a top speed of over 198mph, which is perfectly efficient for long distance driving.

The Ferrari Roma will go into production straight away with sales being taken from the summer of 2020. As we eagerly await further details of its specs and that all important price tag, we’re also excited to see what Ferrari has up its sleeve next, considering this is the most beautiful car Ferrari has made in over a decade.